The history, monuments and regions

Information about places to explore.. 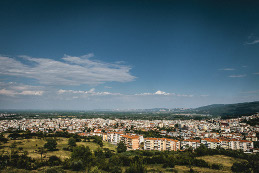 Veria is a town of Central Macedonia and the capital of the County of Imathia. Its total population is over 66.000 citizens. It is built on the foot of Vermio and it belongs to the few towns that keep their ancient name. A historic flashback of over 2500 years makes Veria a state of epochs and cultures, a town of the same age with the neighbouring Aiges and Pella. In the southeast area raise the Pieria, at the foot of which flows the Aliakmonas River, the longest river in Greece, with its tributaries, one of which, the Tripotamos, flows through the town. Veria is a town full of flora and water resources. That is why one of its main characteristics, which is rarely encountered in other towns, is the existence of public faucets with cold water during 24 hours. Another characteristic of the town is its “beach” which is not by the sea but by the plains of Imathia and reminds of a sheet with tree crops planted on its spine.

The traveler in Veria can meet a plethora of historical monuments of all eras, be toured at the traditional districts and the different kinds of museums and enjoy his walk at the natural beauties of the town.

Byzantine Churches: The town is also known as the Little Jerusalem because of the numerous byzantine and post-byzantine churches that it has (approximately 48 saved till today and 72 initially), as well as the unique collections of byzantine holy icons. Especially famous is the church of Anastaseos tou Sotiros or else “the Church of Christ”. Among the rest of the byzantine buildings, other important churches are the church of Agios Ioannis Theologos -Saint John Theologian- (13th century), of Saints Kirikos and Ioulitis (16th century) and of Saints Peter and Paul (11th century). 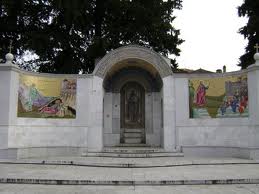 Apostle Paul’s Altar: It is a historical monument of global interest and a source of religious tourism for the town. Apostle Paul taught in the town in the 1st century AC. Every year a festivity called “Pavlia” takes place at this monument in June.


Holy Monastery of Panagia Dovra: The monastery is built in idyllic scenery which is surrounded by dense vegetation and is just 5 km away from Veria. It is dedicated to the Assumption of the Virgin and dates back to the 12th century. During revolution it was an important national and religious centre. In 2005, the brotherhood of the monastery was connected with the novel Saint of Russia, Saint Lucas the Doctor and wonder-working Bishop of Simferoupolis. The Holy Monastery holds a piece of the Holy Relic of the Saint. Every Saturday a Divine Service takes place and every Tuesday afternoon there is an evening prayer at the Holy Temple of the Saint, where the believers can worship his relics.


Holy Monastery of Panagia Soumela: The monastery is in a 24 km distance from Veria. It was built in 1951 on the slopes of Vermio and houses the wonder-working icon of the Virgin and Evangelist Lucas as well as the heirlooms that have been transferred from the original monastery which is on the Mount Melas in Trapezounta of Pontos. Every year during three days around the 15th of August, thousands of worshipers from all over the world flow together to worship and attend one of the most devout ceremonies.

Archaeological museum: Recently renovated, it has been catching an enormous archaeological interest from all the corners of the Earth for many years and offers a flashback into the rich past of Veria as it refers to the historic grandeur of the Ancient Town of those years. Anyone can see findings from the Stone Age till the period of Turkish domination in the three rooms of the museum. 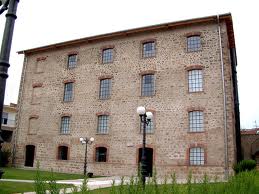 Byzantine Museum: The prosperity of Veria during the Byzantine era is presented in every detail. It is housed in the old Marcos’s Watermill, near the walls of the town. Among the findings, there are mosaics, manuscripts, pottery artifacts, woodcuts and coins. It is a very special place as it used to be an old watermill and it has recently received the Europa Nostra Award for its exemplar restoration.


Museum of Education: A permanent exhibition is open, which presents the evolution of education and educational means in Greece from the years of certified plates, parchments, ancient ink and pen holders till the era of notebooks, desks and personal computers.

Museum of Modern History and Artς: Known as Vlachogiannio, it exhibits the blooming of the art and the progress of modern history in this place in a unique way. 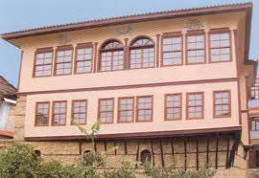 Folklore Museum: It is housed at the old mansion of Sarafoglou. The museum focuses on the folklore history of the area, highlighting the rich background of the habits of the citizens of Veria. The material of the museum is of great interest, while at the same time it is housed in an old mansion which allows you to see the architecture of the town from the inside, too. 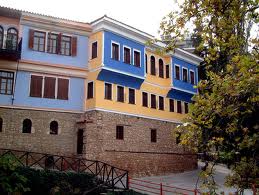 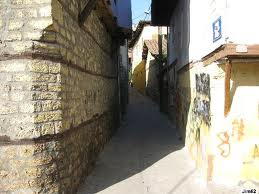 Kyriotissa is the Christian district with the narrow cobbled streets, the stone side streets and the roofs of the houses that look like touching each other. Behind the high home yards and next to the side streets, small stone churches show up. The district counts many Christian and byzantine churches. Many of the scheduled houses have been renovated and transformed into recreation and entertainment areas.


Ottoman monuments: The old Cathedral of Metropolis, the Hunkiar mosque, the Kazaktsi and Orta mosque are some of the old churches that the Turkish converted into mosques with their settlement in Veria (15th century).

Park of Elia: The central square of the town was fair enough called “the balcony of Veria”, as it is located on a slope in the boundaries of the centre of Veria and the surrounding area. 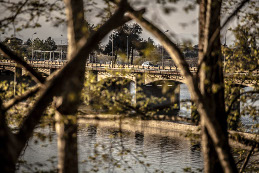 Dam of Aliakmonas: The dam which has been created is a perfect sample of natural beauty and a unique spectacle for people. During the summer, the youth of Veria carries out spectacles and concerts on its banks.

Towns of a great interest are located very close to Veria and can be the reasons for interesting outings for the visitor:

Vergina: The archaeological site of Vergina is one of the most important and impressive sites in Greece. Manolis Andronikos, the great archaeologist, brought to light findings which prove that Vergina was the capital of Ancient Macedonia. The tomb of King Philippos the Second, the father of Alexander the Great, was found there, as well as the gold urn with his bones, the tomb of the prince and the queen, the urn with the bones of the queen, gold wreaths, guns, armours, operating and ceremonial objects and several silver and gilt funeral gifts. The visitor can see them all in the museum which is located there and at the same time visit the prehistoric graveyard and the ancient theatre.

Edessa: On the way to Edessa, there are the Macedonian tombs in Palatitsia, the tombs of ancient Mieza (region of Leukadia - Kopanos) and the Aristotle School. In the same town, the visitor can tour around the amazing waterfalls and visit the thermal and healing spas of Aridaia.

Pieria: A very interesting destination is the ancient place, the museum of Dion as well as the walls, the palace, the marketplace and the residences of the ancient town. Moreover, the traveler can enjoy swimming in the totally blue beaches of the area. 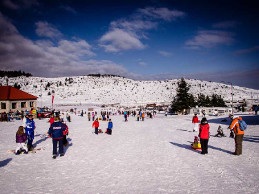 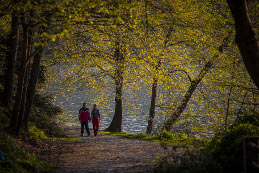 Dam of Aliakmonas: The region can carry out all the activities related to nature. Walking in a specially modeled place, running, cycling (bikes can be rented), fishing, rowing and canoe kayaking are some of the activities that the visitor can enjoy in the green landscape which generously offers calmness and harmony.


More generally, Imathia is a large place of recreation and naturalist tourism. The regions of Kastania, the mountainous communities of Tripotamos, Georgianoi, Rachi and Rodochori and the housing estate of Kostochori have some marvelous recreation places with the necessary substructure for the servicing of the visitors. What is more, the area is offered for outdoor activities, journeys at the mountainous paths network which passes through the international mountain network of E4, hiking, mountain climbing and cycling, paragliding, outings for the pursuit of special herbs of the area and landscape photography.

Public Central Library of Veria: It was founded in 1956 and since then it has been a source of knowledge as well as a centre for the promotion of creative expression and innovation. Being fully renovated and equipped, apart from the book borrowing, the library organises seminars and provides a lot of services and information. In 2010, it received the “Access to Learning” Award of the Bill and Melina Gates institution.

Music Library: Made in a traditional mansion of Veria, it is the newest acquisition of the town and one of the first of its kind in Greece.

Events in Veria: During all year round, several cultural events take place in the town such as:

- Theatre week (winter)
- French cinema week (winter)
- Festivities week in the town during the carnival
- Sounding town: 3-day events with songs and dances from all over the world in different parts of the town (it starts every year in 21/6)
- Performances and concerts at the Open Theatre of Alsos “Melina Merkouri”

Naousa carnival: Every year the famous carnival of Naousa with the dominant figures of Genitsaroi and Mpoules brings to life very old customs that begin from the Dionysian events and reach the years of fighting against the Turkish domination.

Winery: It is worth visiting the wineries of the town – Thymiopoulos, Vaeni, Boutari, Dalamara, Kyr-Giannis etc- as they all possess museum rooms which can be visited. Furthermore, events also take place where the visitor can taste the fine varieties of the regional wine.